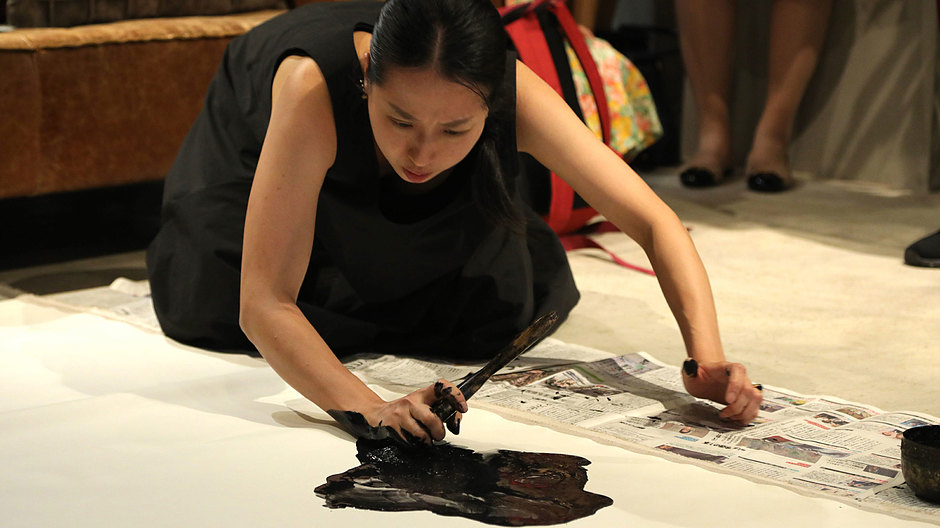 Kanji, is a logogram that originated in the ancient Yellow River civilization in China. It is said to be introduced to Japan at least by the third century and it eventually evolved into the “Japanese” characters. For a long time, by giving meanings to the letter, we have cultivated the appreciation towards characters, which evokes the image of the meanings.

In Japan, there is a long tradition called “Kakizome”, the writing wishes of congratulations for the beginning of the New Year.

Kakizome is a New Year’s tradition to write the New Year’s resolution with brush and ink at the beginning of the year. This tradition goes back to the Kissho Hajime, the official events in the Imperial Court performed on January 2nd. Traditionally, Kakizome was performed using ink rubbed with Wakamizu, the first water drawn from the well on New Year's Day. Kakizome is an important New Year’s event for Japanese to wish a year filled with happiness. 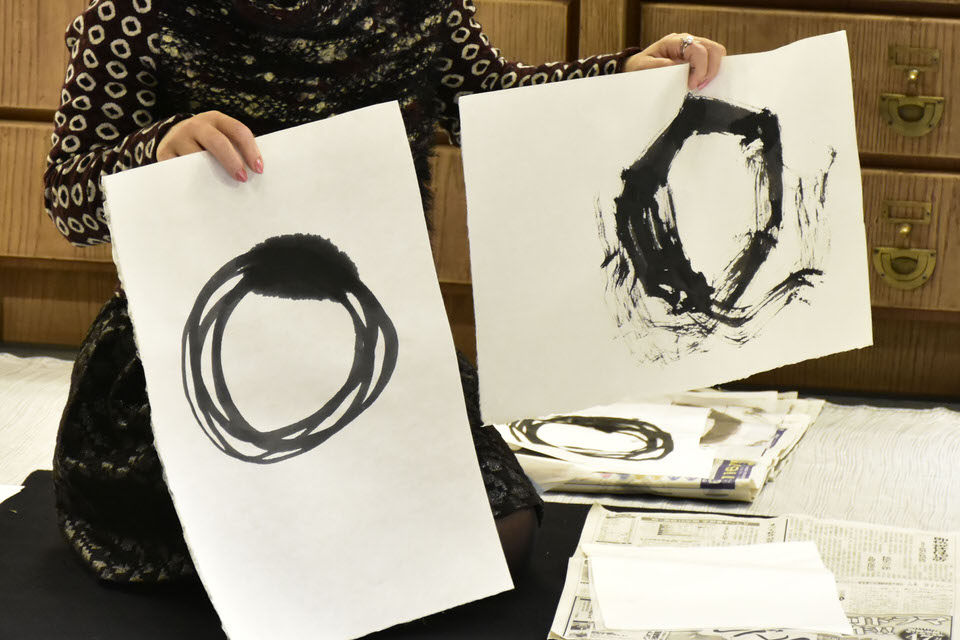 In PIGMENT TOKYO, we will have a Kakizome Workshop directed by a calligrapher Kasetsu.

We usually have a workshop on the table in the back, but for this special Kakizome workshop, we will spread a carpet on the floor to do a calligraphy in a real style. Taking off your shoes and relaxing your mind, you will be able to immerse yourself in the world of calligraphy. 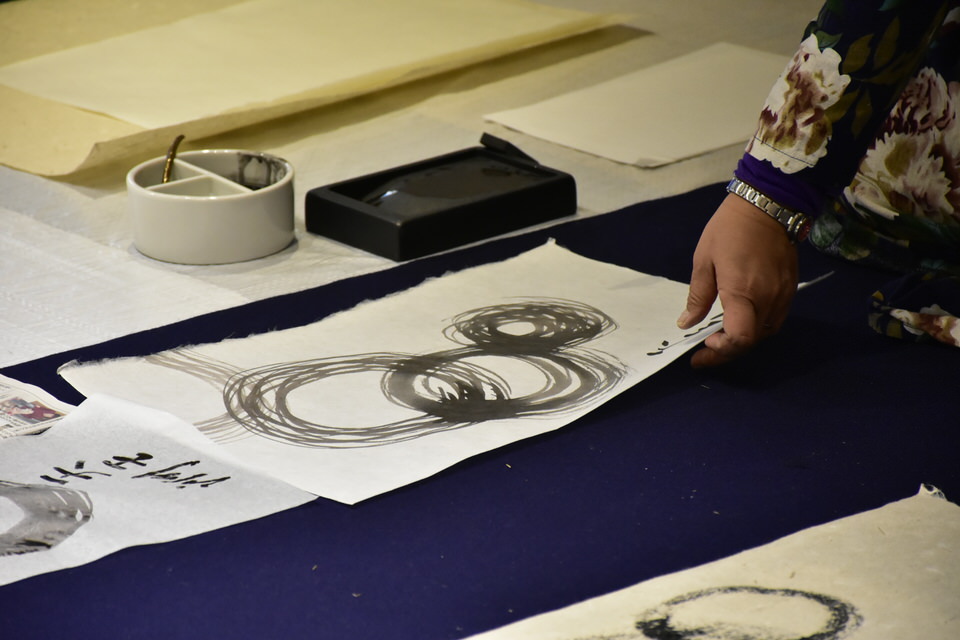 In the beginning of the workshop, we will look back on the history of calligraphy that originated in China and understand what it means to write letters for human being and how people put a lot of thought into it. Then we will see how it led to the artistic expression and hope to offer you a deeper and richer understandings. 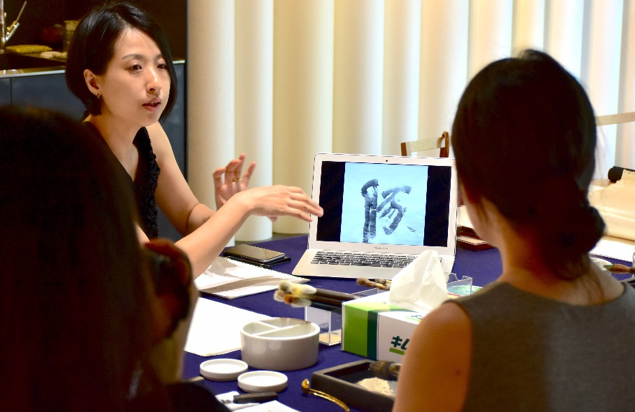 This workshop is held in the environment with rich selection of art supplies, you can try various brushes, papers and sumi inks. You can also bring your own brushes. 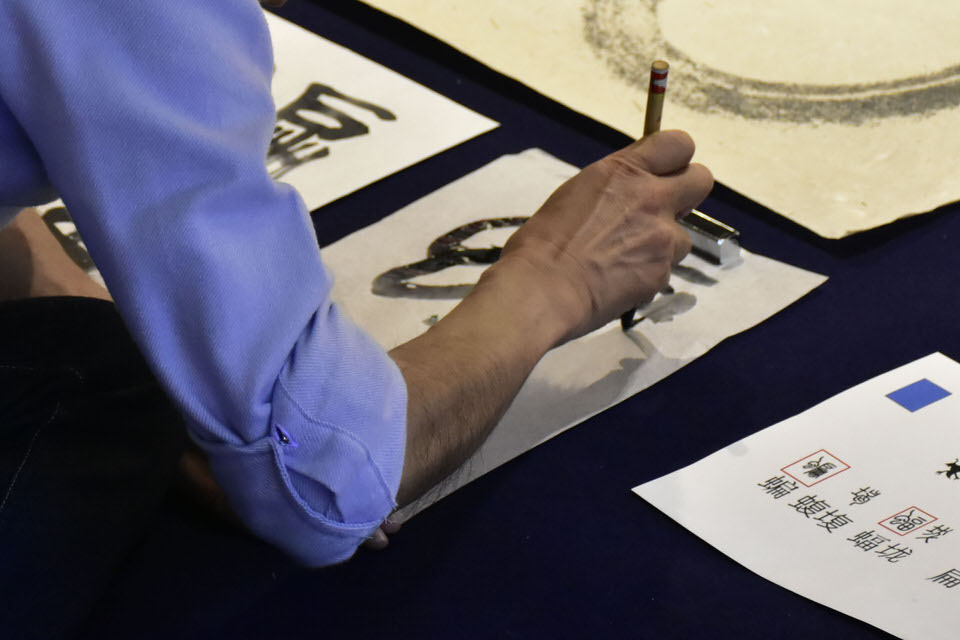 Even if it is the same letter, the impression changes depending on the brush, paper and sumi ink that you use.

In trying out different materials to find what you feel of the letter, we will be exploring the possibility of the expression.

You can sign up for the workshop in the link below. We are looking forward to your participation.

(This workshop is closed for entry.) 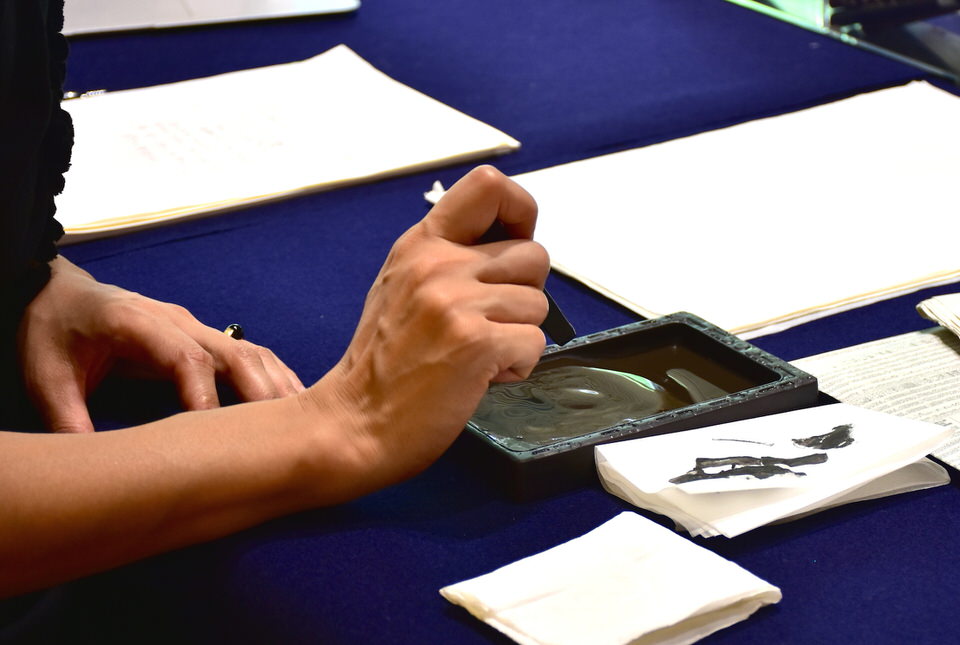 Born in Kyoto, 1975. Holding solo exhibitions since 1992 and having workshops both in Japan and overseas under the theme of “Exploring the Possibility of Letters”. She has worked with artists in other areas such as dance and flower arrangement. Her publications include「石の遊び」（2003年、平凡社）、「書の棲処」（06年、赤々舎）、「ATO 跡」（09年、between the books）、「それはかならずしも遠方とはかぎらない」(12年、hiromiyoshii) as well as the writing of the book title for「コレクション 戦争×文学」（集英社）. www.kasetsu.info