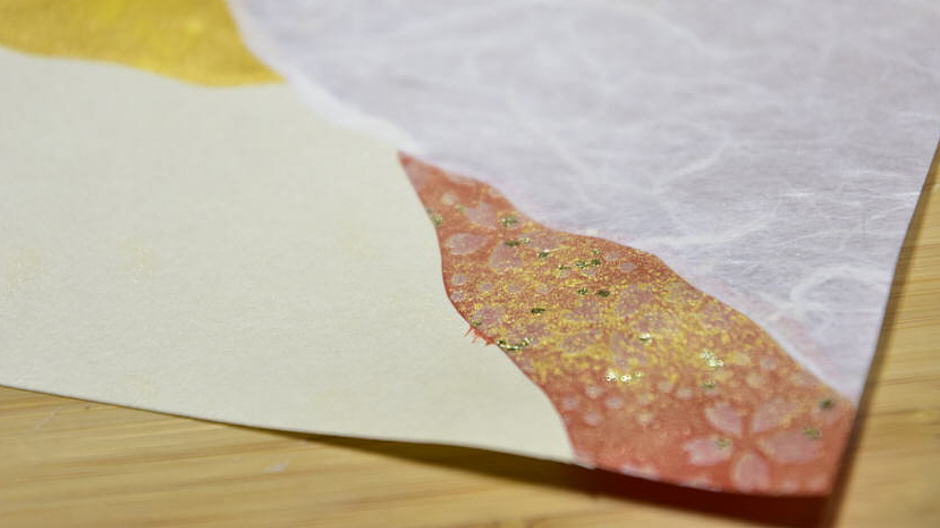 As seen in a passage of yin and yang in Nihonshoki, adoration of the sun in Egyptian art, golden Buddha statues and the Creation of light in the Genesis, humans have worshipped “light” and it has been the basis of faith from ancient times. 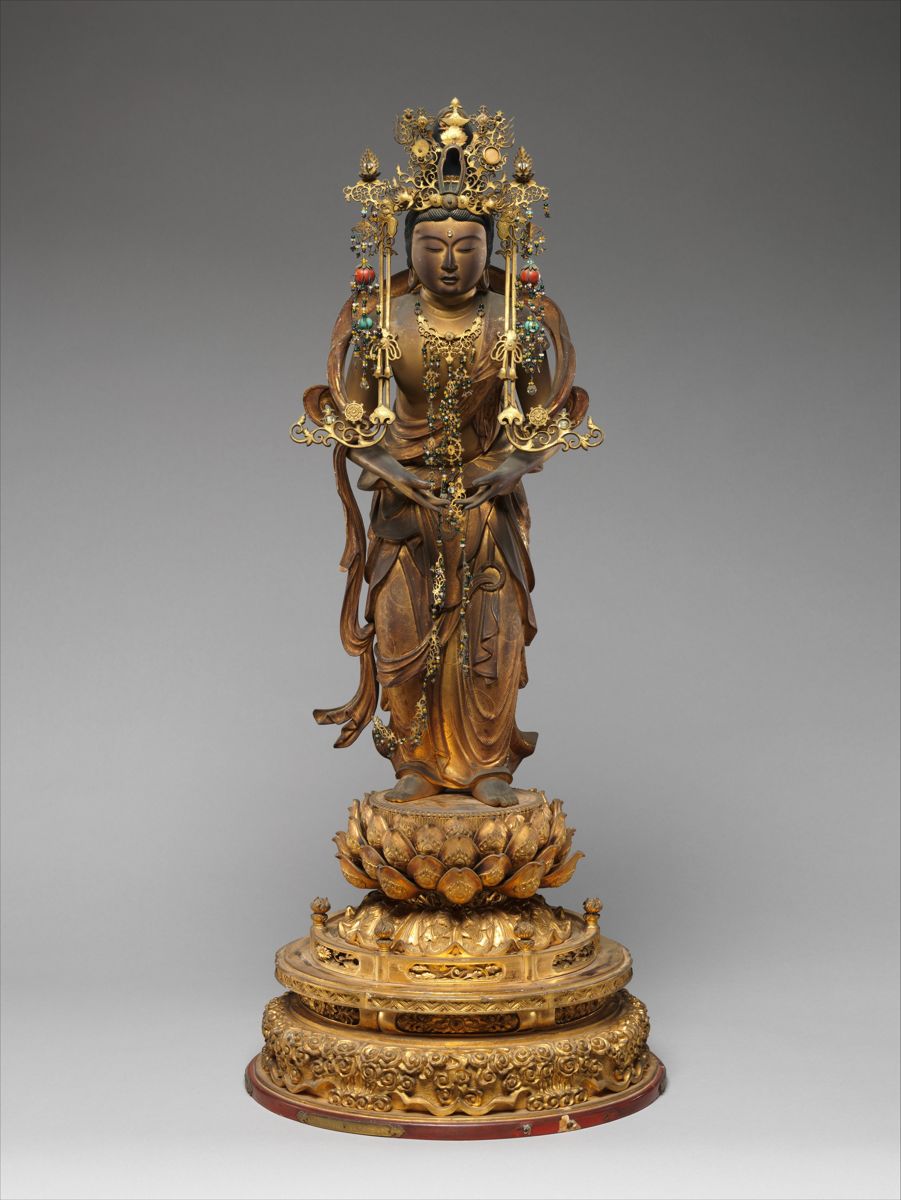 However, it was not until 18th century that the path to the everyday use of electrical power was invented by Thomas Alva Edison. Until then, people had long been depending on the natural light and fire for a light source. Therefore, gold, which has strong shine and preservability and is easy to process, became the center of attraction in the aesthetics and evolved into various art style in the world. 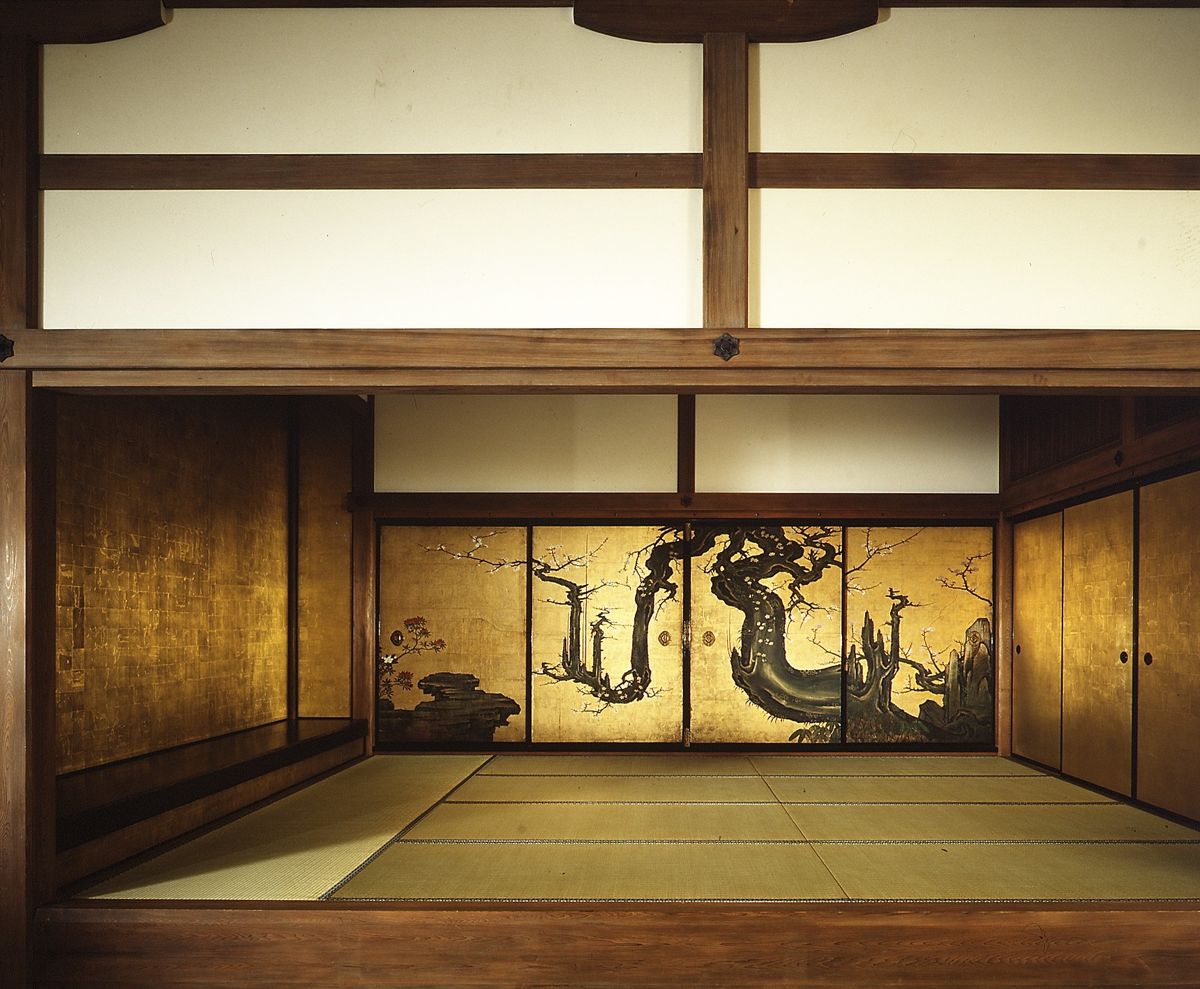 In particular with Japanese art, predecessors had sought the way to express the “light” under the environment of a dusky traditional Japanese-style house. As a result, many art works with gold leaf were created such as Kinbyobu (gold-leaf folding screen), Makie (Gold lacquer), and Kirikane (metallic foil cut into strips or other shapes to form decorative motifs). 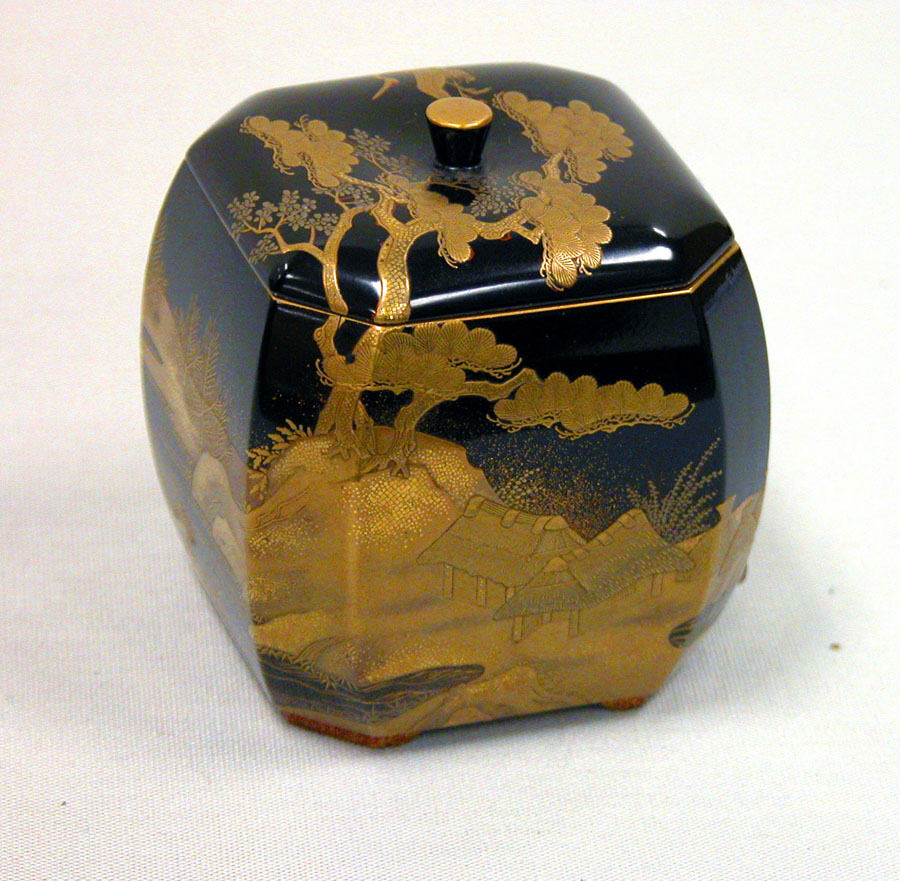 Among these various leaf expressions in the oriental art, this article will introduce the technique called “Sunago.” Sunago is a technique to make a metal flakes and sprinkle over the canvas by using bamboo tube to sieve the gold leaves. This technique is used for a ryoshi decoration as well as the expression for things such as the ground the haze.

This can also be found in an imperial property in Shosoin from Nara period, as a way to decorate the paper. The technique was further developed after Kamakura period and artists used the specific type of leaf called Noge as well as the size of big and small.

In PIGMENT, we have a basic Sunago package for beginners. You will be able to experience the technique of Sunago in three steps.

①Firstly, apply the animal glue onto the washi paper. 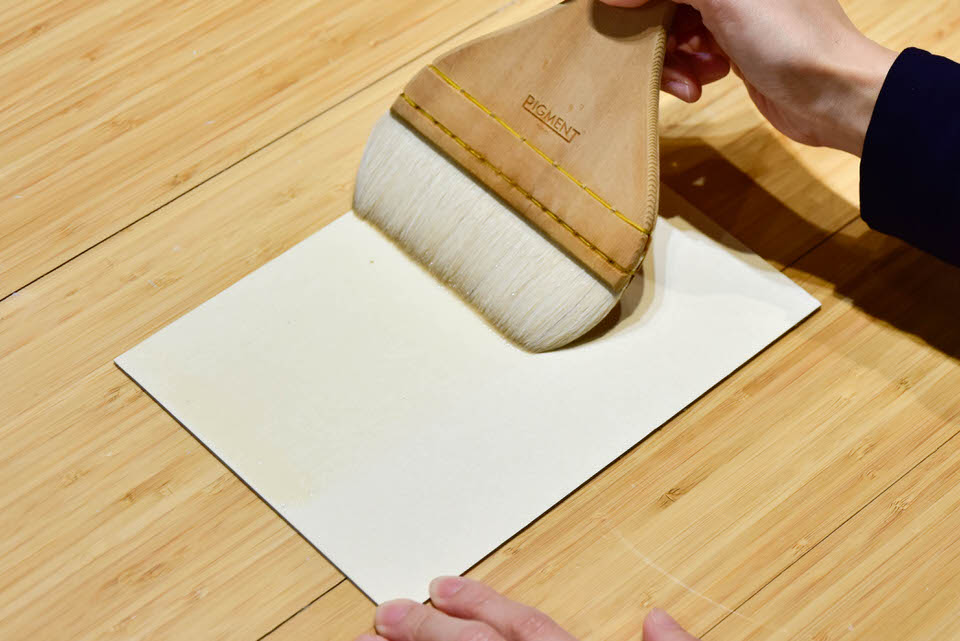 ② Then, put the metal leaf into the bamboo tube just like straining and sprinkle over the paper. 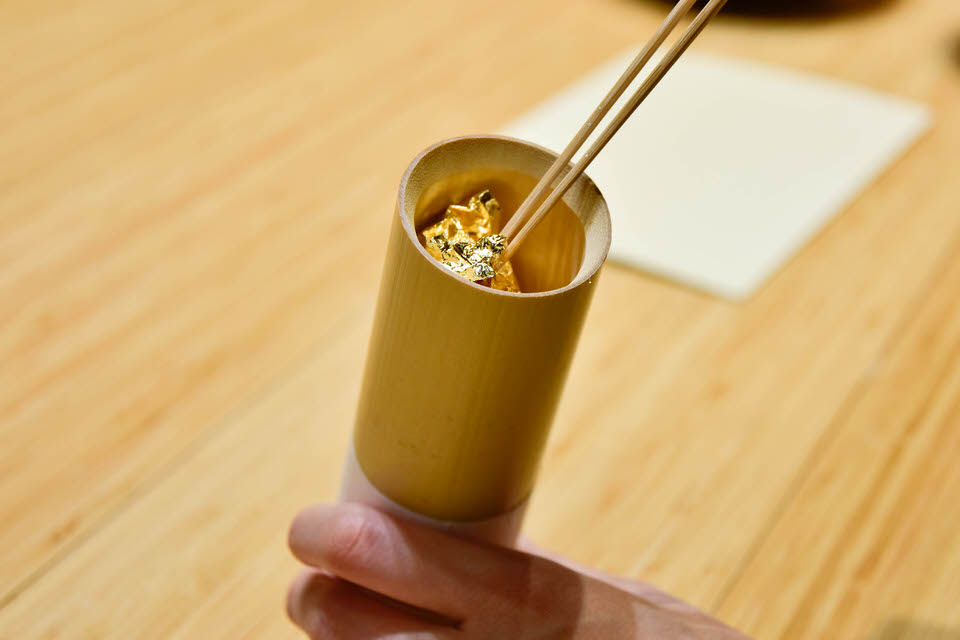 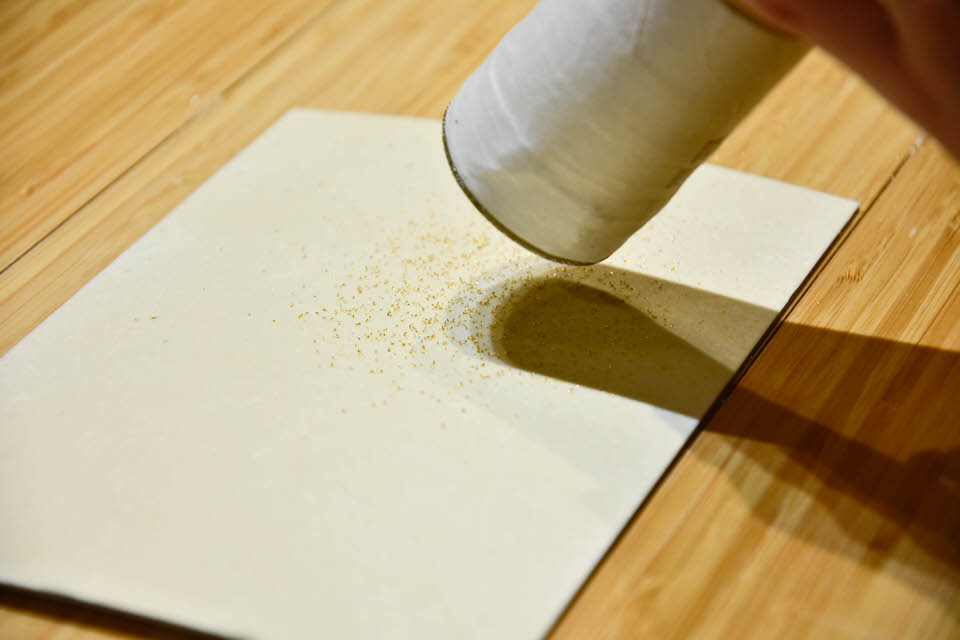 ③Press the slip sheet over the paper and let it dry and done! 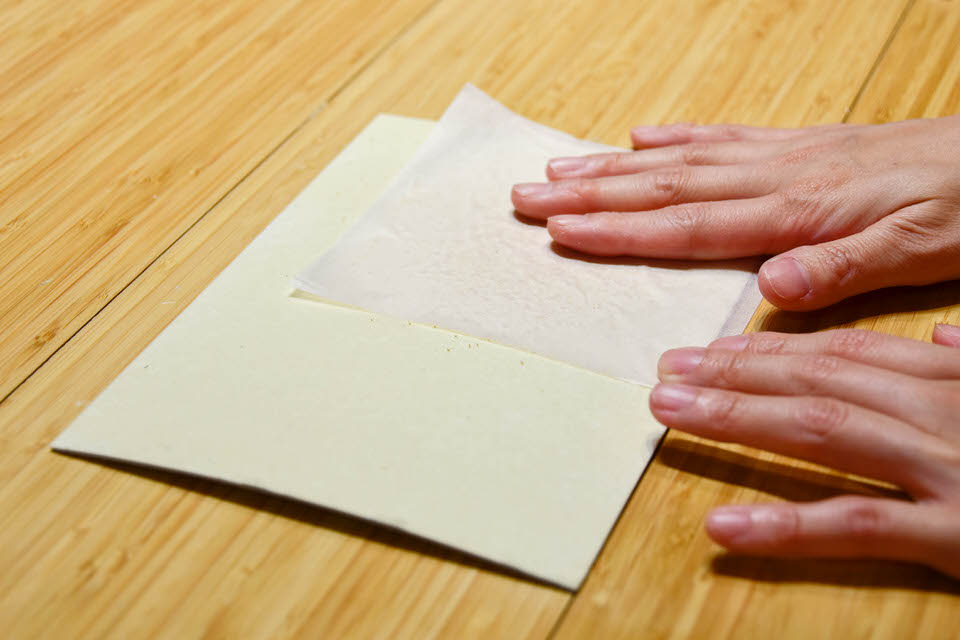 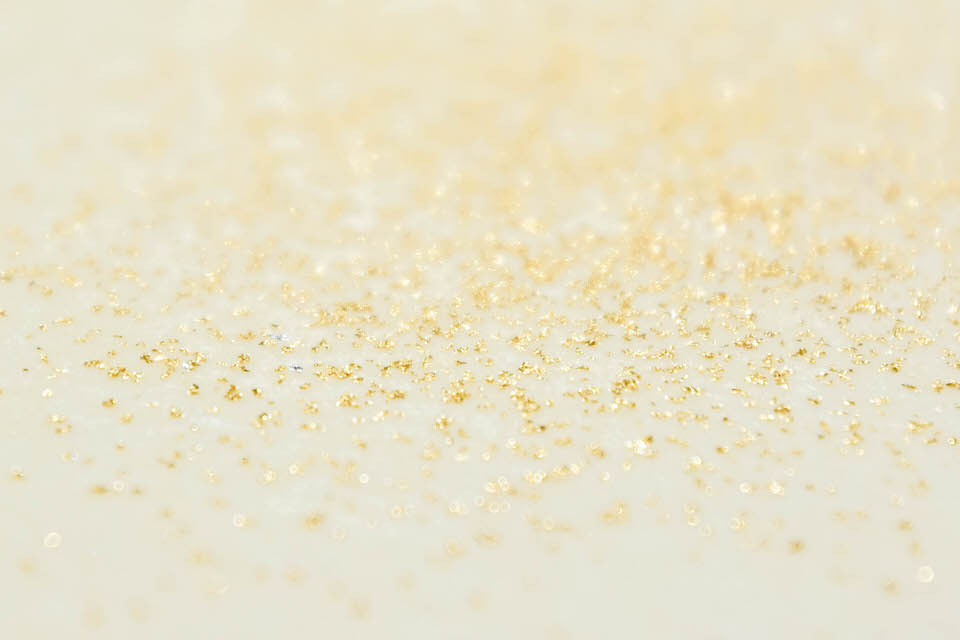 You can also sprinkle the gold and silver leaf alternately to create a beautiful expression. 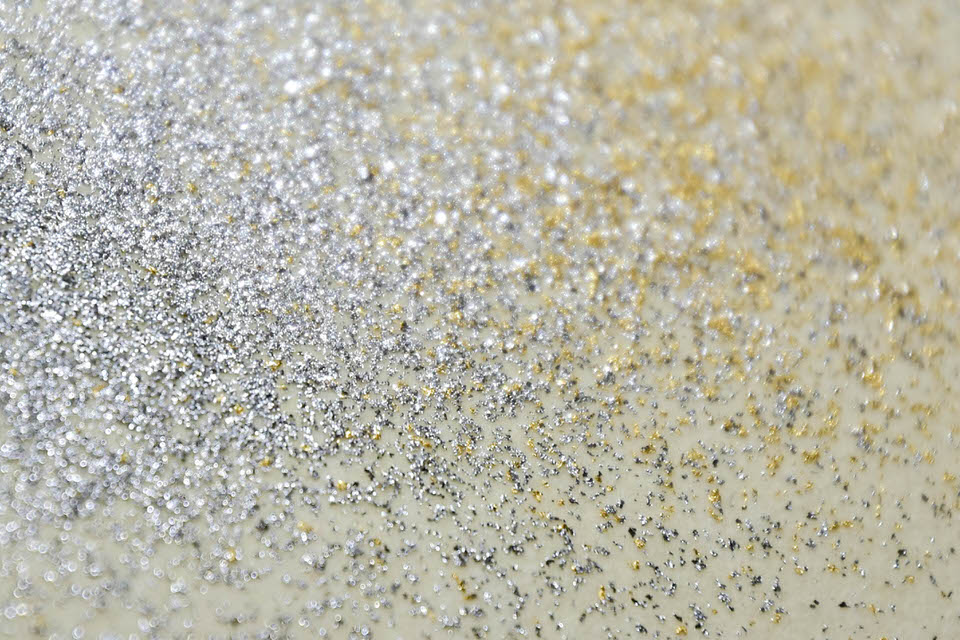 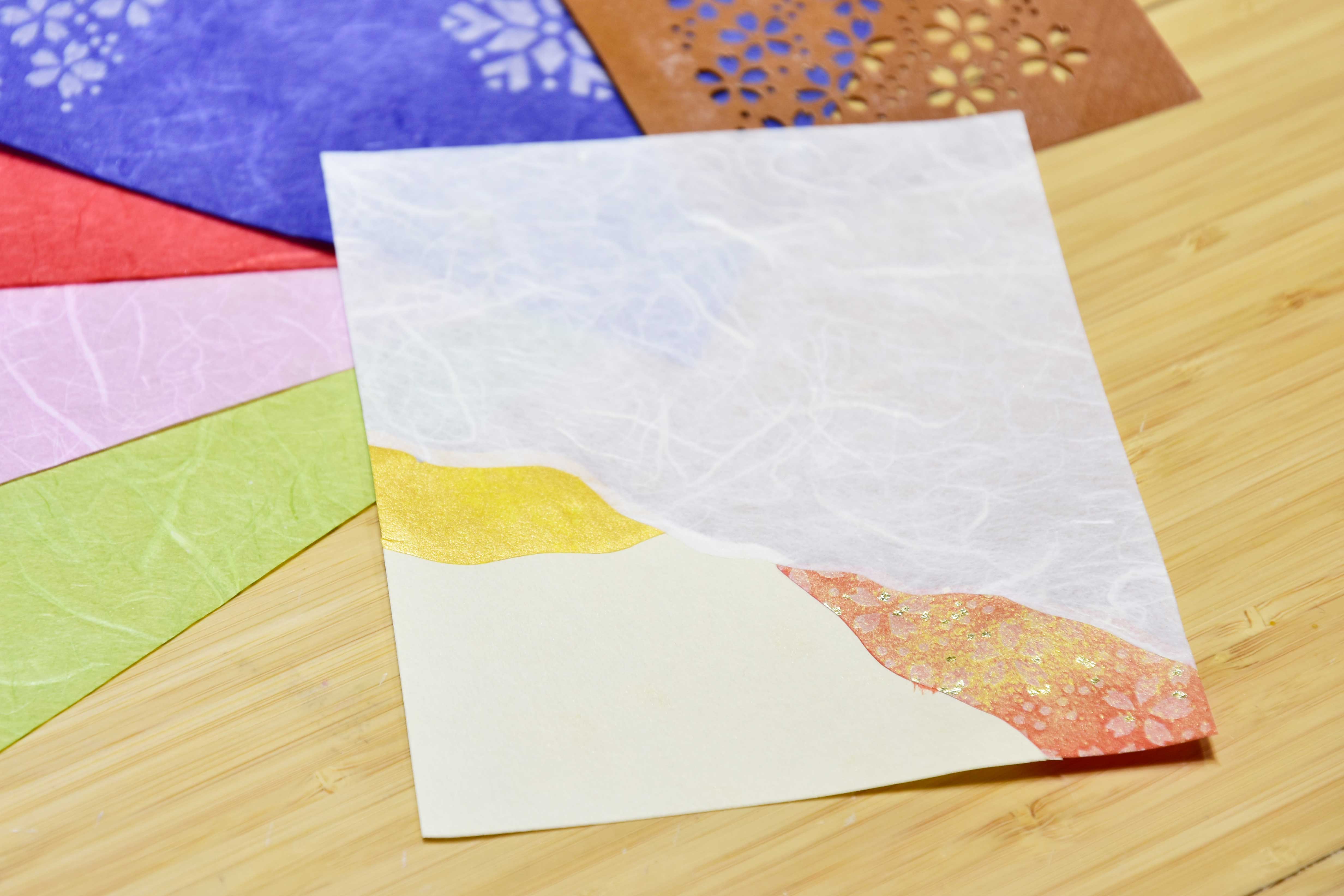 You can express further by sprinkling the colored washi paper in the same way. The tutorial video is on our Instagram.

This Sunago package is available both in store and online. Please enjoy the beauty of metal leaf.

You can learn three techniques, Sunago, Hiraoshi and Kirihaku in our Metal Leaf Workshop. Please click the link below for further details.

For those who are interested in the ryoshi decoration, please also check this workshop.