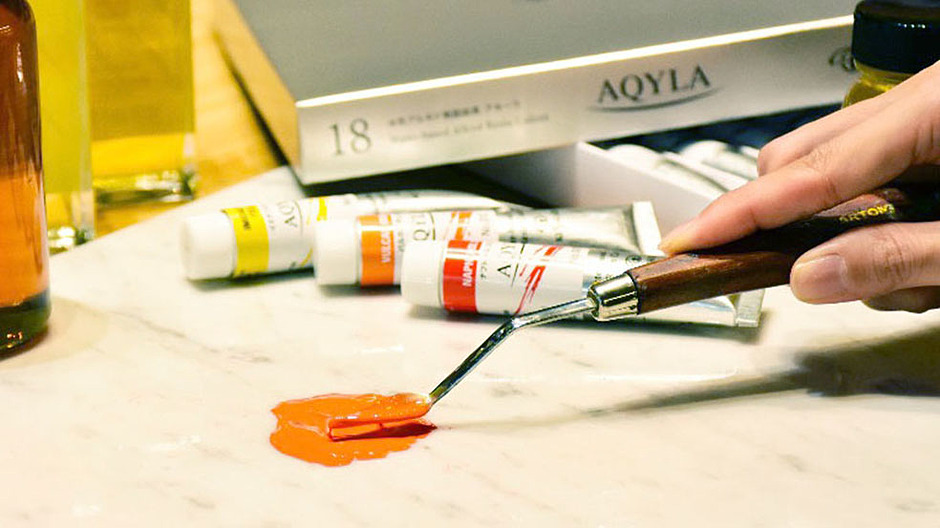 AQYLA is a paint with a water-based alkyd resin that has both the convenience of water-based paints and the durability of oil-based paints. You may have seen AQYLA somewhere in the art material stores before, and there are a lot of people who asked us about its characteristics, the difference between other paints like watercolors and oil paints and how to use it.

Today, we went to the head office of Japan’s paints manufacturer KUSAKABE in Saitama. We interviewed Mr. Iwasaki, the manager of technology development division and asked all about AQYLA.

-There are various tubed paints from oil, acrylic and watercolors, but what are the characteristics of AQYLA?

The biggest character is that they use water-based alkyd resin as medium. 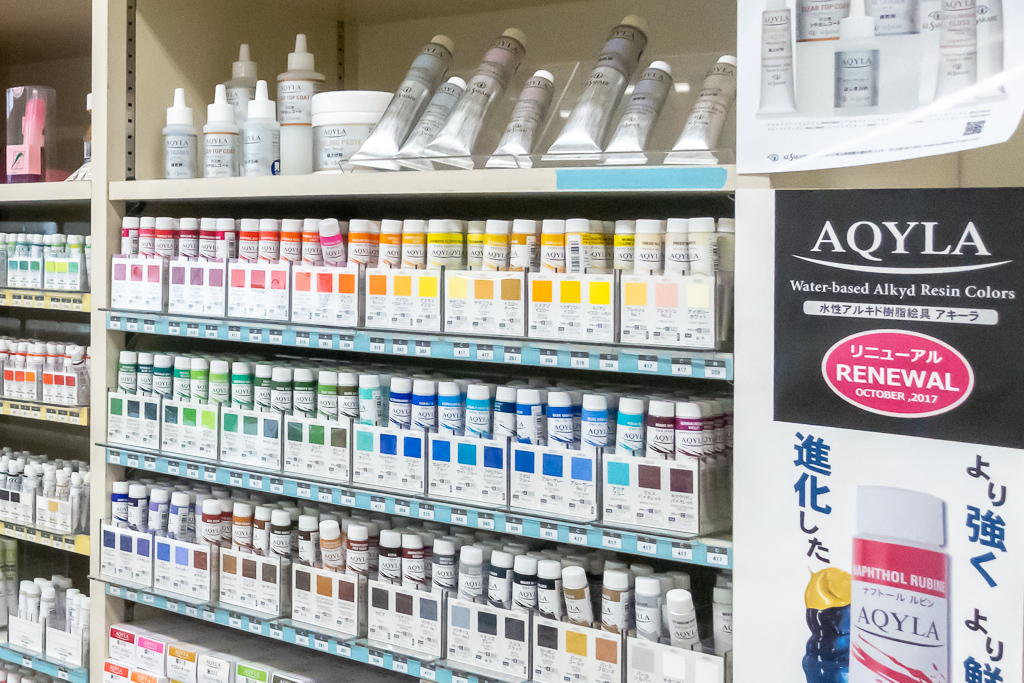 -I have an impression that alkyd resin is used to quick dry the oil paints.

Alkyd resin is originally oil-based and AQYLA is dispersed with water. Therefore, broadly speaking, it is categorized as same as the acrylic emulsion. 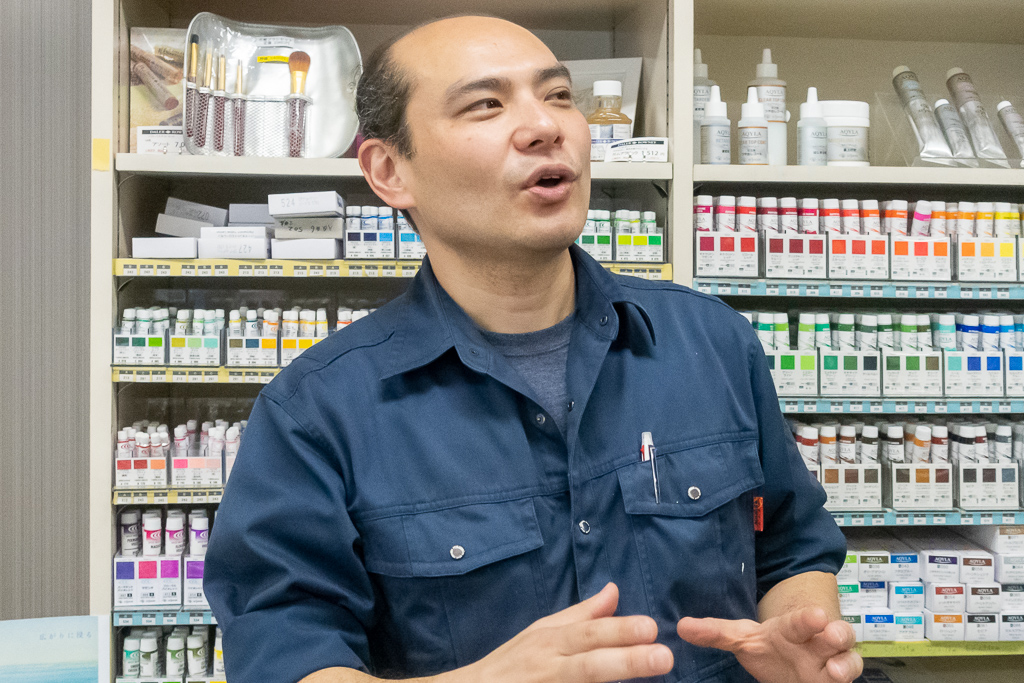 -Why, then, was a pigment with alkyd resin created? What was the background of its development?

AQYLA was created under the concept of “pigments that can be used instantly like tempera” so that is why we used alkyd resin which is compatible with oil paints.

-I see, so this is the product assuming to use with oil paints.

Yes, because the final component that remained on canvas is oil, you can paint over like AQYLA, oil paints, AQYLA oil paints… and so forth.

-Is there any restriction for the base?

The water-based alkyd resin in AQYLA is very unique that you can paint on a wide range of surfaces including paper, canvas, wood, glass, metal, ceramics, and some plastics.

-What kind of pigment is used for AQYLA?

We use the high-performance and high-quality pigment that has just came into the market. It is environmentally friendly that does not include any harmful heavy metals or cadmium 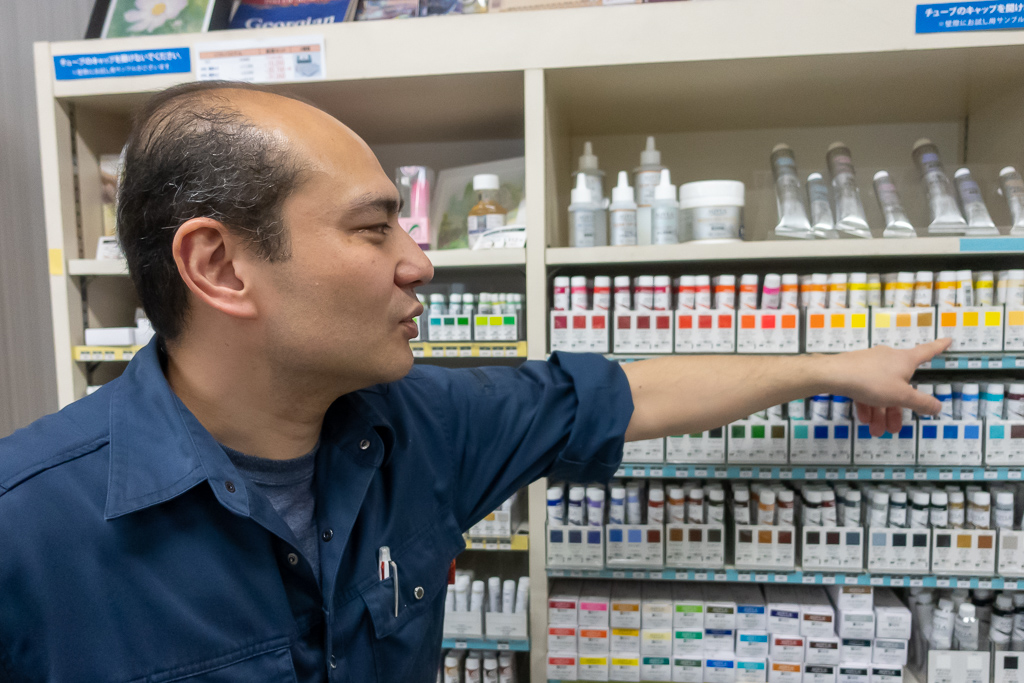 -One of the features of AQYLA series is that they have various types of mediums.

AQYLA is a mat finish, so there are varnish, medium to make a gross and the agent to prevent it from repelling the water. You can paint well on grass with this leveling liquid. 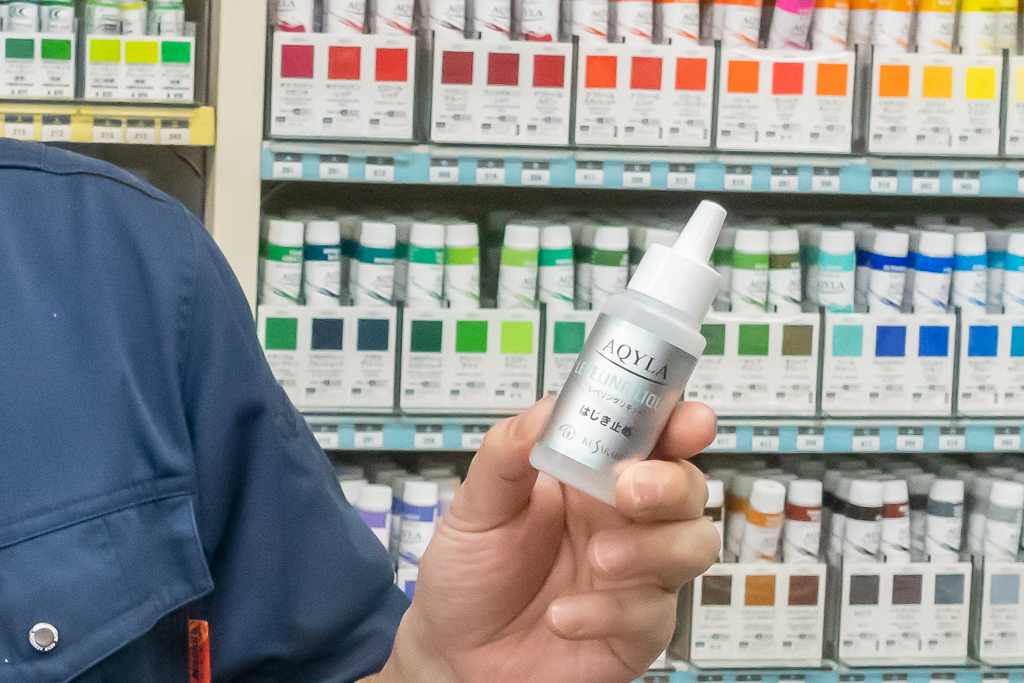 -Is the drying rate of AQYLA fast, or slow?

When the moisture has evaporated, it becomes dry enough to the touch. You can create a watercolor expression if you add water over it. However, there is an oil-based component inside, so it gets dry slowly and eventually creates the waterproof film. You can also control these drying rates by using the mediums that I mentioned earlier.

-I see. AQYLA is making use of both water-based and oil-based emulsion.

Yes, we recommend AQYLA to those who want to avoid the smell of Turpentine at the atelier.

Also, unlike the acrylic paints, you will not be rushed for the paints to dry, so it is very suitable for people who want to paint at your own pace. 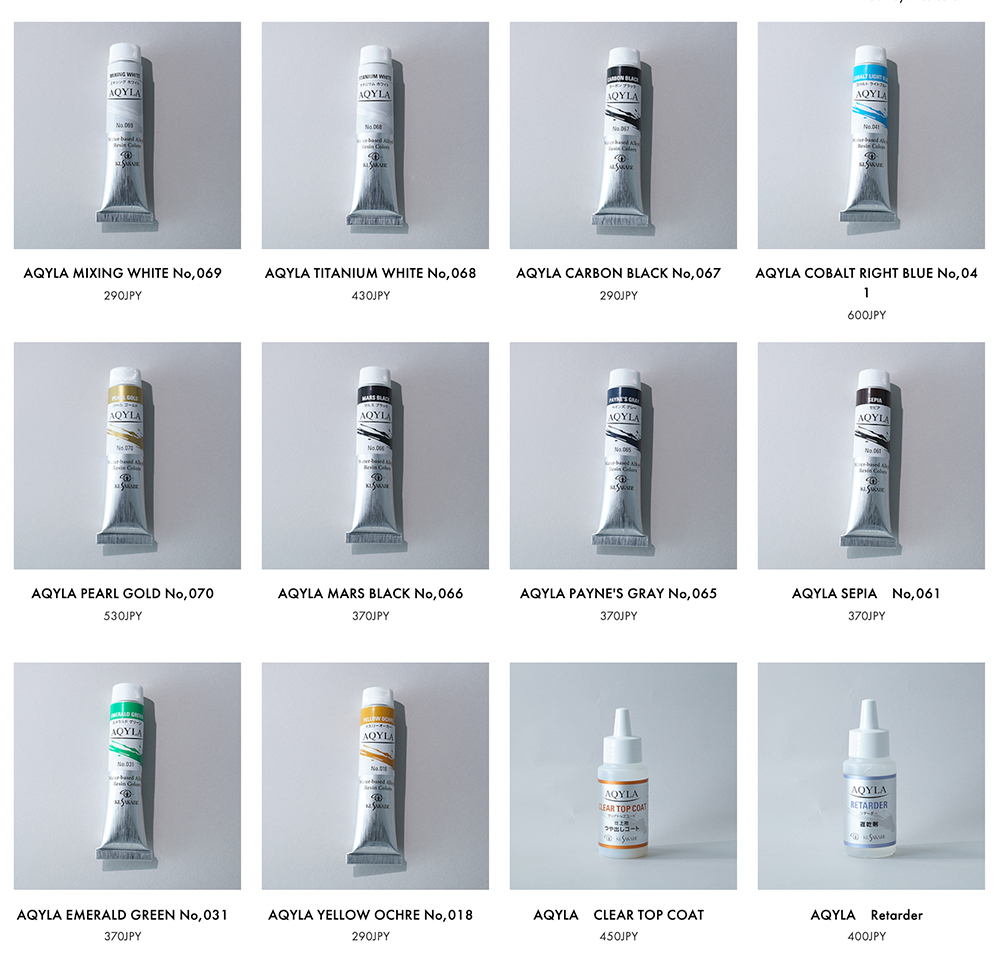