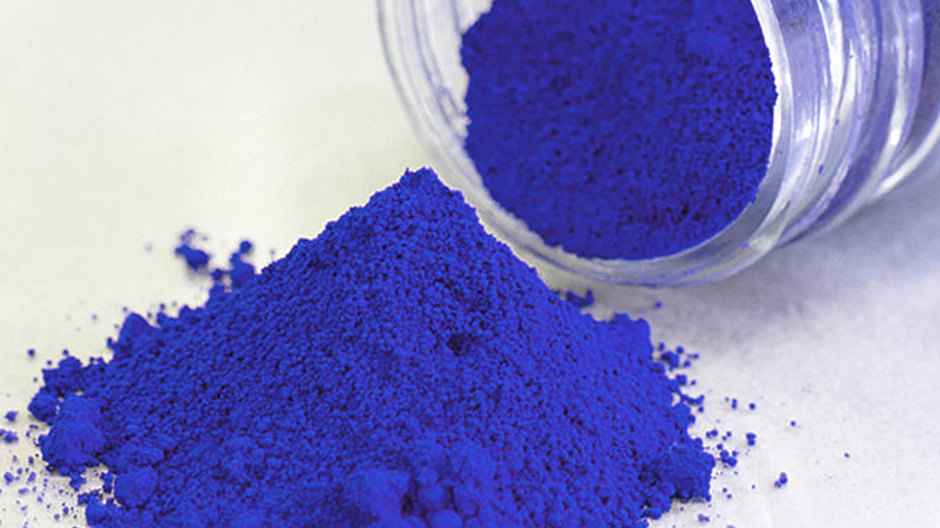 In the West, blue had been one of the colors that had a significant meaning. In the Christian art, the Virgin Mary wears a blue mantle, which is said to be a symbol of Heaven. 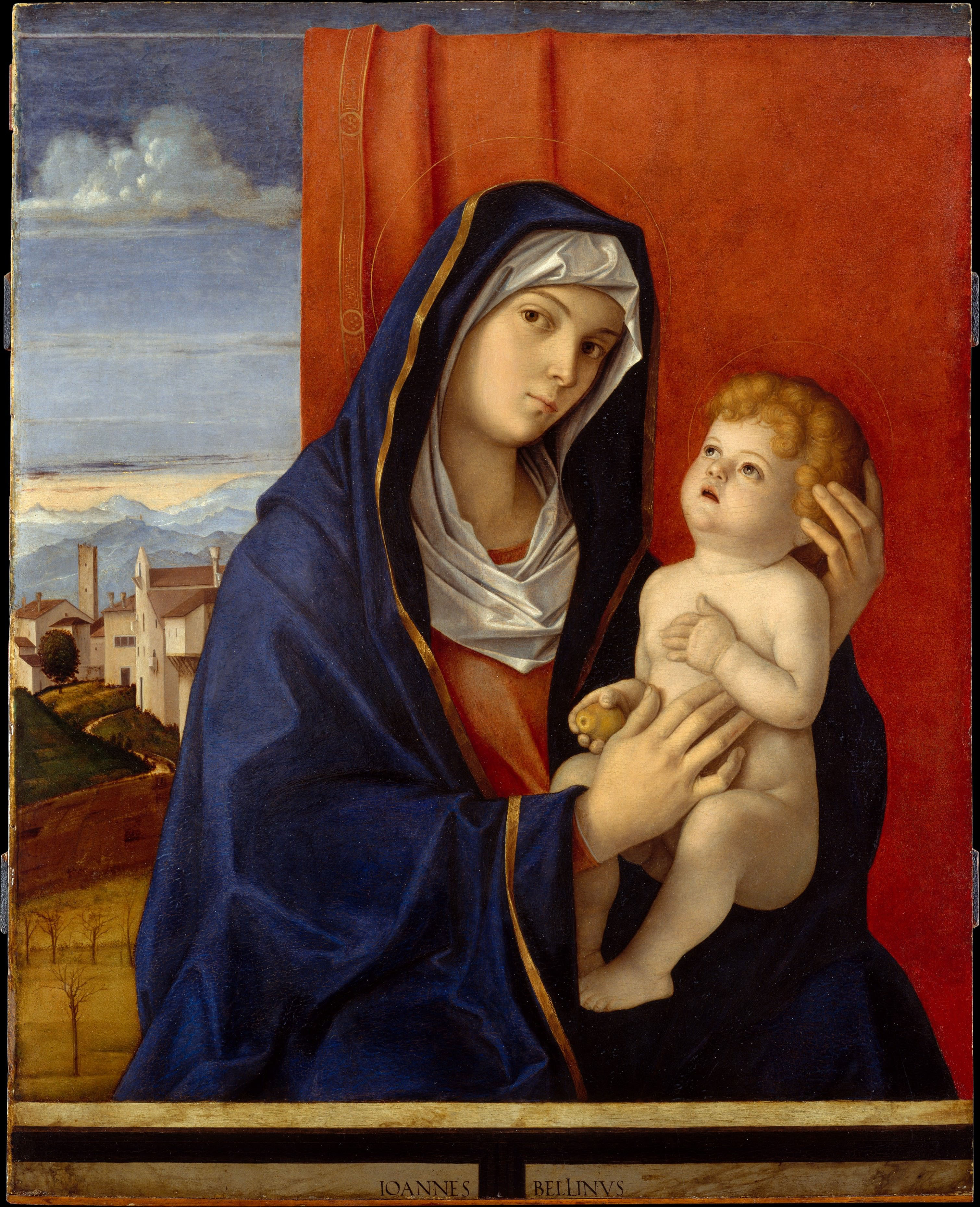 In the modern art also, blue has been a symbolic color. Yves Klein, a French artist associated his name with the blue of his paintings by calling it IKB, International Klein Blue and incorporate the color into his various work.

And now, brand new blue was discovered. That is what we call “YInMnBlue”.

The “YInMnBlue” was created when testing the compose of Manganese oxide and other chemical compound at a high temperature. The name “YInMnBlue” was named after the symbol of each element, Yttrium, Indium and Manganese. 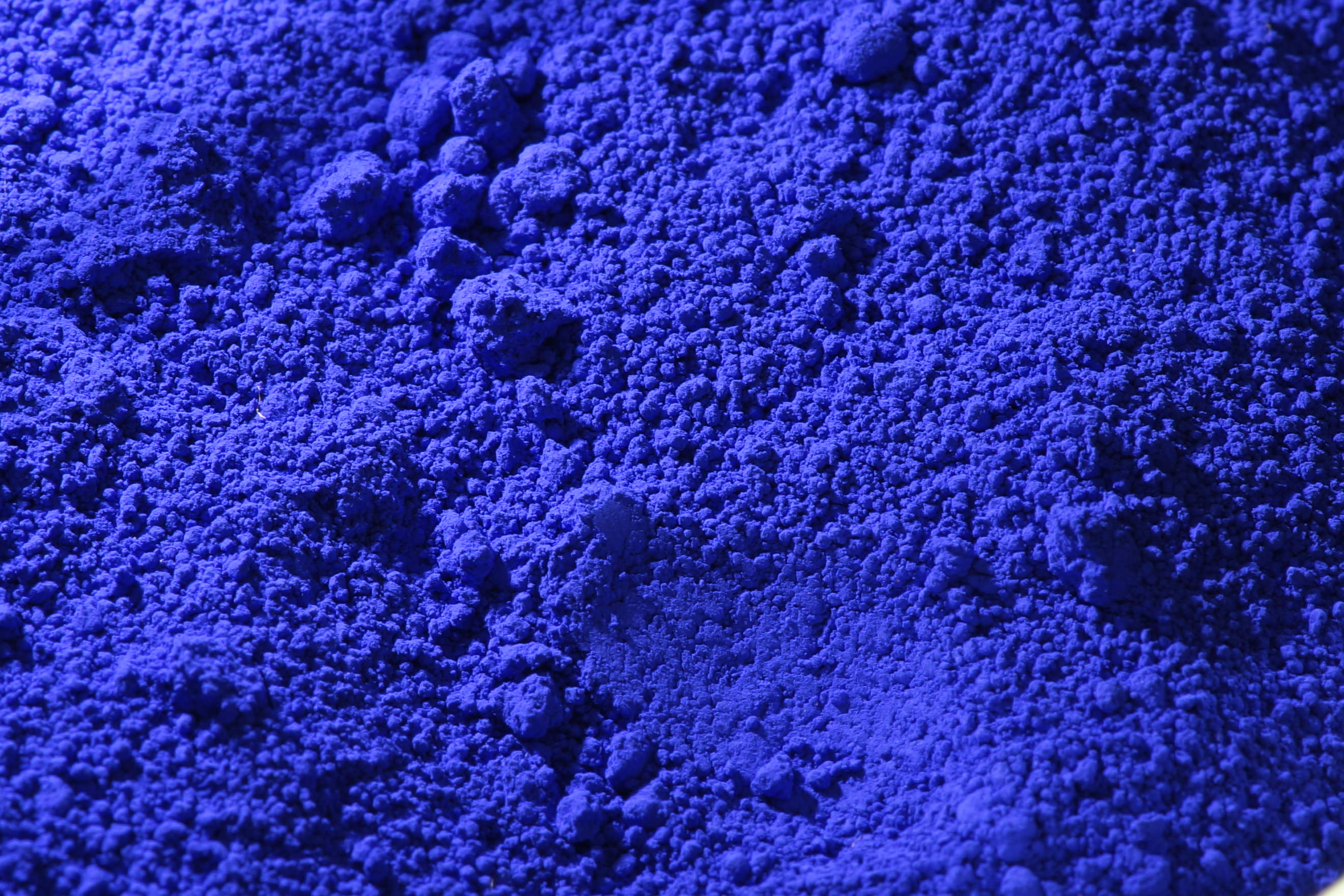 One of the notable characters of this new pigment is that it completely absorbs red and green wave-lengths of light, so only blue is reflected. The color is so vibrant and as it can bounce away the ultraviolet waves of the Sun, it is a very stable compound which is fade resistant. In the sample testing, it turned out to be the most vivid shade of blue. It contains no toxic compounds, so it is also very safe to use. 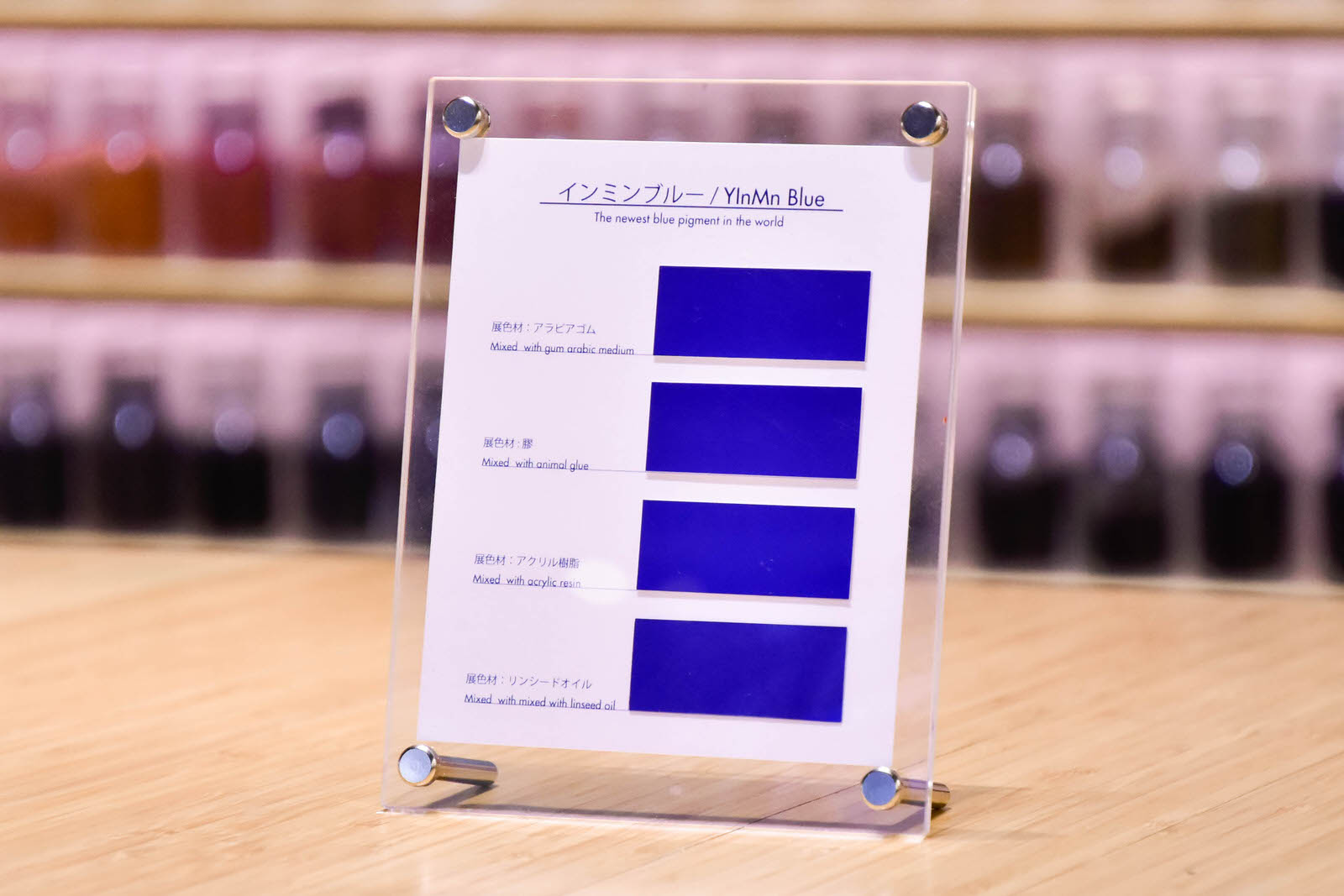 In PIGEMENT TOKYO, we are selling acrylic colors of Yin Min Blue by Derivan that is first-ever sold in Japan as well as this precious pigment of YInMn Blue. These products are available both in-store and online. Please take this opportunity and experience the World's newest blue. 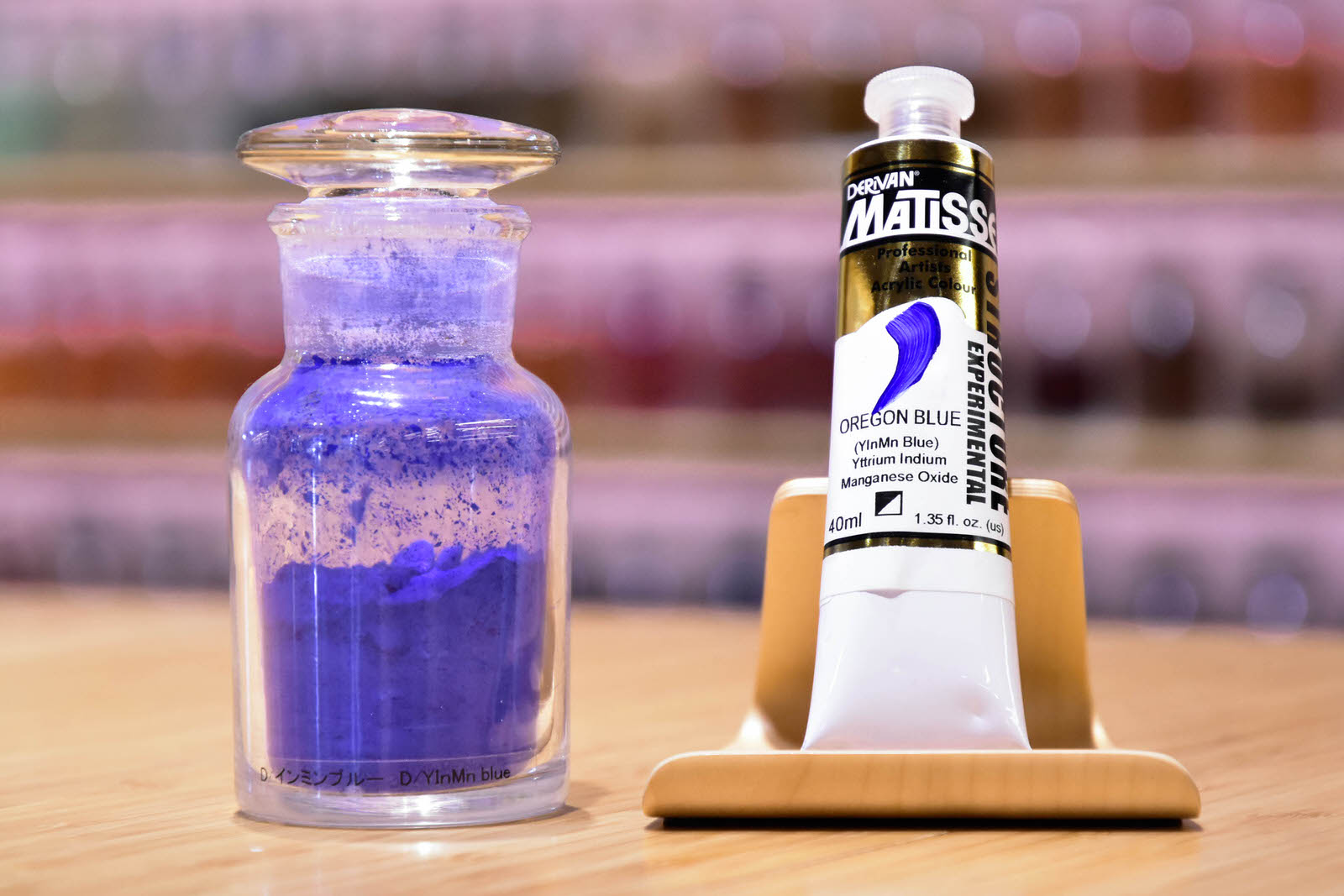